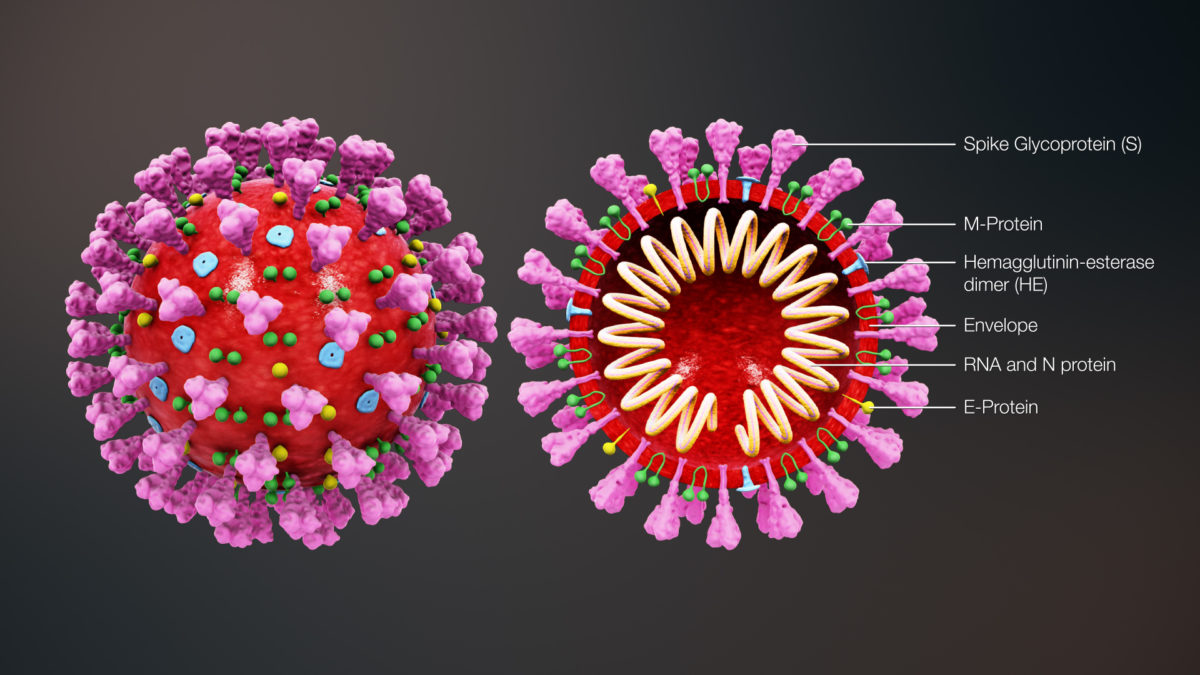 The novelty of the novel COVID-19 outbreak has passed. Sure our imagination that drums up images of viral apocalypse and global chaotic destabilization are simmering. Although the fears are transforming into measured preparedness, there still remains an allure of uncertainty with how this outbreak will affect the rest of the world.    In the wake of this recent outbreak, the global public health community and the world in general is left with many important questions.  In real-time, the community has had to develop a blueprint to testing, containment and risk mitigation.  While the United States and countries in Europe are reporting higher case loads, some important lessons can be gleaned from the early part of the epidemic:

When the nCoV-19 (COVID-19) outbreak was declared in Wuhan, China in late December 2019, about three weeks of potential transmission for the index cases had occurred.  The first wave of cases were close contacts and healthcare workers.  The virus was transmitted to others through coughing, sneezing, talking, kissing, or from contaminated surfaces or objects.

Just one cough sends out thousands of respiratory droplets, varying from 10 to 100 microns in size, at a speed of 50 miles an hour to a distance of a meter or more.  If you sneeze when you have the cold, you are sending out 40,000 droplets of 0.5 to 12 microns at a speed of 100 m/s.  Imagine that if viruses, such as COVID-19, are 100 nanometers (0.1 micron), hundreds can surf on these droplets and easily become sprayed onto objects or surfaces at a closer distance, while droplet nuclei (<5 microns) may spread distances of a few meters or may even follow air currents still further.

These infectious secretions can easily then enter the mouth, nose of eyes of a passersby or get ingested after touching the face from surface or fomite transfer.  Studies support the concept of a “personal cloud” of infectious particles supplied by coughing and sneezing and air currents around an infected person.  With so many viral particles, transmission of an infection to multiple people becomes easy.

2.  Case Fatality Rates (CFR) are always overestimated in the beginning of outbreaks

An outbreak requires constant reassessment.  Imagine trying to isolate and contain an outbreak, while at the same time trying to identify the pathogen, confirm cases, protect those at risk, and consider treatment and vaccination options – all in real time.

Epidemiologists can draft a case definition early on, but if the outbreak is from a novel pathogen, cases are defined by syndromic presentation first until more specific tests become available.  The public health system and the general public have sensitive ears for case fatality rate, the amount of those dying from a specific infection over the amount of those infected.

Case fatality rates (CFR) depend on knowledge of all affected cases, which for respiratory virus is usually not possible.  The problem is that most patients that have mild infection may not get tested.  On the other hand, some serious cases may not go attributed to the infection.  As we are learning, even later into the outbreak, e.g. in the US, outbreak investigation and containment largely depends on the availability of tests kits.

In China, the Wuhan COVID-19 outbreak had an attributable CFR of 4%. These original rates are higher than what has mostly been seen in secondary outbreak countries, such as South Korea.  One-third of the caseload was determined by syndromic definition rather than specific testing.  Many more may have not been tested.  The more people that are tested including those mildly symptomatic or asymptomatic, the closer we get to understanding the true CFR.

Enter South Korea.  When COVID-19 was reported in South Korea, great strides were made to identify cases.  On Tuesday March 3rd, Moon Jae-in declared “war” on COVID-19.  This comes after an outbreak of MERS in South Korea where tests kits were not readily available, and 38 people died.  By March 4th, South Korea has already tested more than 140,000 people for COVID-19, even providing a “drive-through” testing option.  South Korea has detected 6,593 cases with 43 total deaths.

If you take into account a sensitivity of 95%, there may be 5% false negatives, this would equate to a CFR of  43 deaths/6,593 x 100% = 0.65%.   This represents the unadjusted CFR based on the positive tests.  However, there is a false negative rate of 5%, so taking into account all of those tested (158,456 – 6,593),  the adjustment could be as low as 0.2%.  Although there is a possibility that the numerator may not be correct, it is less likely to shift, as there isn’t another definition for “death” but it could not capture the attributable deaths from COVID-19.

The WHO declared that the case fatality rate of COVID worldwide has been 3.4%, which appears to be an gross overestimate.  However and importantly, even with the calculated CFR from  South Korea, the rate is likely to be twofold higher (or greater) than what is encountered with seasonal influenza yearly.  When determining risk, the Wuhan data closely correlated advanced age and those with chronic diseases with increased CFR.  So the adjusted case fatality rate is likely to be higher in these at-risk groups and lower in the general population.

Think of a virus as a chain reaction.  Anytime a virus can spread easily and only cause some deaths, sometimes considered a “sweet spot” in disease transmission, it is likely to have a significant impact.  When a virus kills off its hosts too quickly or is transmitted by a different route (e.g. Ebola with infected blood and secretions), it is impactful in its severity, but it can’t get around to infecting too many people.  The CDC estimates that influenza causes about 10,000 to 60,000 deaths annually (CFR 0.1%) – in the Unites States alone.  Even if the CFR for COVID-19 similar to influenza, widespread disease could be impactful on our elderly and other at-risk groups and strains health care delivery.

Efforts to contain COVID-19 improve as the case definition becomes more specific.  The original CDC case definition was more rigid, since the outbreak was related to the specific outbreak city, Wuhan.  As is always the case, coming up with an accurate definition up front can be difficult in real-time.  The Chinese government imposed strict lockdown measures, which crippled the cities and was meant to interrupt further transmission.  It became apparent, that low grade transmission and milder cases continued both inside China and to other countries.

Chinese scientist defined the genome of the novel Coronavirus shortly after declaring the outbreak, allowing for the development of testing.  Once testing became available, it was as if an invisible menace could be seen.  In the South Korea outbreak, people were readily tested, so active recommendations for quarantine could be given.  Truly it is important to recognize the efforts of the South Korean government and medical community to contain and test the population.  This testing may have contributed to the lower case fatality rates, by identifying at-risk people and keeping them free of disease.

With the further spread of COVID-19, a country will be able to gain a greater control on the outbreak through greater testing.  This provides knowledge of active cases, so that voluntary quarantine can be put into affect.

With the SARS outbreak in 2002, we were reminded that the ability to provide healthcare relies on its personnel.  During that epidemic, one-fifth of all cases were healthcare workers.  As the outbreak of COVID-19 continues, some people will require medical attention and report to the hospital – maybe not even knowing that they have the disease.

As the caseload increases in the United States, the at-risk definition will increase.  It may be necessary to wear personal protective equipment with anyone who exhibits a viral infection.  Healthcare workers will be a greater risk of acquiring the illness.  When healthcare workers are unable to attend to patients because they are sick, healthcare delivery is consequently impacted.

It is clear that there is a higher case fatality rate with the elderly and those with health condition.  When an infected person, whether it is a healthcare worker, patient or visitor comes into a population of those at risk, you see a perfect storm for severe disease and fatality.  Recently, the Life Care center in Kirkland, Washington had a spate of 13 deaths from COVID-19.  it is incumbent on long-term care facilities to develop strategies to prevent any further outbreaks of COVID-19 in such high-risk settings.

5.  With any viral spillover, there are always two outbreaks: Infectious Disease and the Infectious Fear.

An outbreak is an unpredictable process.  It can sometimes burn out, even as we are still learning of the risk factors of its spread.  As for a respiratory virus outbreak, it is easily transmitted, often leading to relatively silent spread.  Containment strategies are often too late.  As information emerges from the virus, speculation can create narratives that lead to fear, panic and rapid decision-making.

Reports from the news are often related to deaths and how the viral infection is changing regular life and can be sensationalistic.  Online authors and presenters are shaping the news and narratives.  The images of the strict containment measures in China tempt us to think about self-preservation from an unknown invader.  These fears shape behaviors:  cancelling flights, stocking up on masks, cancelling conferences.  While it is not wrong that containment measures can help, defining cases can lead to more targeted containment without crippling the flow of a functioning society.

In the unknown of the COVID-19 outbreak, the stock market has seen great losses and is showing volatility.  Imposing mass quarantine and containment efforts can have real effects on the economy and productivity.  Canceling major conferences can lead to losses that can affect multiple sectors.  Even if you decide not to cancel your European trip, strict measures could be applied in the setting of an outbreak, that can limit or spoil your vacation plans.

Stories of vampires, werewolves and zombies go back hundreds, if not thousands of years.  The concept of some unknown force overpowering humans and causing them to morph into someone or something else hits the nerve of our self-preservation instinct.  In many ways, viruses are the true vampires.  They are lifeless forces other than the primitive instincts of self-preservation and self-generation.  A virus’s consciousness is generativity – producing copies to transmit to others.  It’s  result is a destructive untangling of the fiber of society. A virus is transmitted through social interactions and an interruptions in these behaviors although may be useful,  often results in a significant fallout.

A Viral Outbreak Creates a Fissure in Human Collaboration Efforts, leaving a wake of economic and sociopolitical fallout.

Managing the COVID-19 outbreak will require a group effort to stay aware of our individual symptoms and use standard precautions, to identify cases through rapid testing, to mitigate risk through targeted containment and to transform fears into preparation.

A viral outbreak in many ways is like a natural force.  The transmission

At present, with multiple people testing positive, COVID-19 has hit several areas in the United States.  Do we need to be concerned about this.