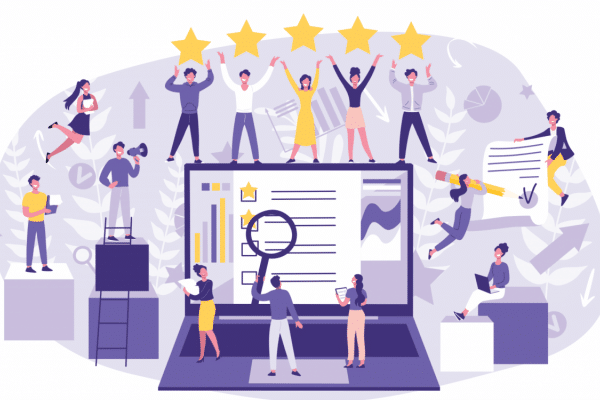 Accountability involves monitoring of commitments and how governments are using resources, and tracking policies and actions of public and private sector to identify what works and why and where increased action is needed for them to fulfil the health needs and rights of all people. 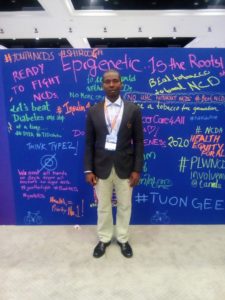 Mr. Michael U., a person living with Stroke/NCD demand accountability on action taken by governments in Africa on NCDs.(African Stroke Organization, ASO)

Governments have committed to many targets for NCD prevention and control through the UN. We can all help ensure that commitments translate into targets met, to turn back the tide on the NCD epidemic. Civil society, academia and private sector, all have a role to play. Greater accountability actions across sectors can help bridge the glaring accountability gap for progress on NCDs.

A decade of global commitments on NCDs

Noncommunicable diseases, or NCDs, are the cause of 70% of deaths globally – many of them preventable or premature – and they also carry a crippling economic burden for countries, communities and families. Both the health and economic burdens of NCDs fall heaviest on low- and middle-income countries (LMICs), making NCDs a major development issue as well. Historically, NCDs have been overlooked by governments, but since 2015 when the Sustainable Development Goals (SDGs) were adopted, they have – finally – been recognised as a global health issue in need of an urgent response.

NCDs have made their way onto international development agendas, and global targets have been set by the United Nations and the World Health Organization, starting with the 2011 UN Political Declaration on NCD Prevention and Control, which resulted from the first United Nations High-Level Meeting (UN HLM) on NCDs in 2011. There is also the WHO Global Action Plan for the Prevention and Control of NCDs 2013-2020, with its overarching goal to reduce the number of premature deaths from NCDs by 25% by 2025. In September 2015, the United Nations General Assembly formally adopted the universal 2030 Agenda for Sustainable Development, along with a set of 17 Sustainable Development Goals (SDGs). SDG 3.4 addresses NCDs specifically, and world leaders committed to a one-third reduction in deaths between 30 and 70 years of age from four key NCDs – cancer, cardiovascular disease, chronic respiratory disease, and diabetes – by the year 2030.

Other commitments to address NCDs and the risk factors driving them – such as unhealthy diets, lack of physical activity, and alcohol and tobacco use – have been made at subsequent UN meetings of Heads of State in recent years. Since 2018, mental health has been added to the NCDs requiring urgent global action and air pollution has been recognised as a fifth major global risk factor.

Thanks to plans and commitments like these, the world now has a global agenda based on concrete targets for prevention and control of NCDs. Unfortunately, more than half of the world’s countries are likely to miss the targets for SDG 3.4.

Worldwide, deaths from stroke, heart disease and stomach cancer are falling. However, deaths from diabetes, lung cancer, colon cancer and liver cancer are stagnating or rising in many countries.

Despite this critical situation, an alarming number of countries are lacking even the most fundamental building blocks of a national response. According to the WHO’s NCD Progress Monitor, 26% of all countries do not have a multisectoral national NCD plan in place, and one-third of countries lack time-bound national NCD targets to drive and monitor progress.

One key factor behind this lack of progress at national level is a lack of accountability, defined as a cyclical process of monitoring (data collection), review (analysis) and action (advocacy and dissemination of messages). In other words, looking at what your local or national government has promised to do alongside what they have actually done and achieved. It also analyses actions taken in order to learn more about what works, what doesn’t, and why. Although accountability is often neglected or overlooked, when accountability actions are carried out well, they can result in real, tangible action. The International Accountability Panel for Every Woman Every Child advocates use this framework.

One example can be found in the Caribbean, where the Healthy Caribbean Coalition and its members conducted a benchmarking exercise of NCD commitments by governments, assessed national NCD commissions, built obesity scorecards and developed a strategic plan for internal and external accountability. These tools are used to develop roadmaps, identify priorities and advocate for policies and systems at the country and regional levels. As a result, the obesity scorecard and regional report on national NCD commissions have triggered action on key issues.

There have also been several concrete wins in the region, like the sugar-sweetened beverage tax imposed in Barbados, the anti-tobacco legislation passed in Guyana, and the development of a standardised hypertension treatment project now being scaled up in Barbados and possibly throughout the region.

As another example, the East Africa NCD Alliance undertook a regional benchmarking exercise in 2014, in which NCDA’s benchmarking tool was adapted to the East African context for data collection.  It examined the level of priority given to NCDs in development and health plans; the strength of national capacity, multi-sectoral action and partnerships for NCDs; progress on the reduction of NCD risk factors and social determinants; progress and reorienting health systems to address NCDs; and progress on establishing NCD monitoring and evaluation targets.

The findings were used to develop a civil society NCD charter as an evidence-based advocacy tool to demand universal health coverage including NCDs, the integration of NCDs in national development plans, and integrated primary care for NCDs.

Finally, in Latin America, the NCD Alliance Peru noticed that tobacco companies were among the sponsors in a series of UN Global Compact (UNGC) symposiums in the region relating the achievement of SDGs. Various actions were carried out. For example, the alliance sent letters to the organizers in Peru, the UNDP, and the president of the UNGC. Letters were also sent from international civil society networks, and a press conference was held on the issue. As a result, the UNGC Board announced the exclusion of tobacco companies from its work. Internationally, the initiative has led to vigilance regarding events across countries. 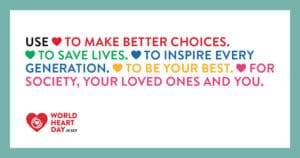