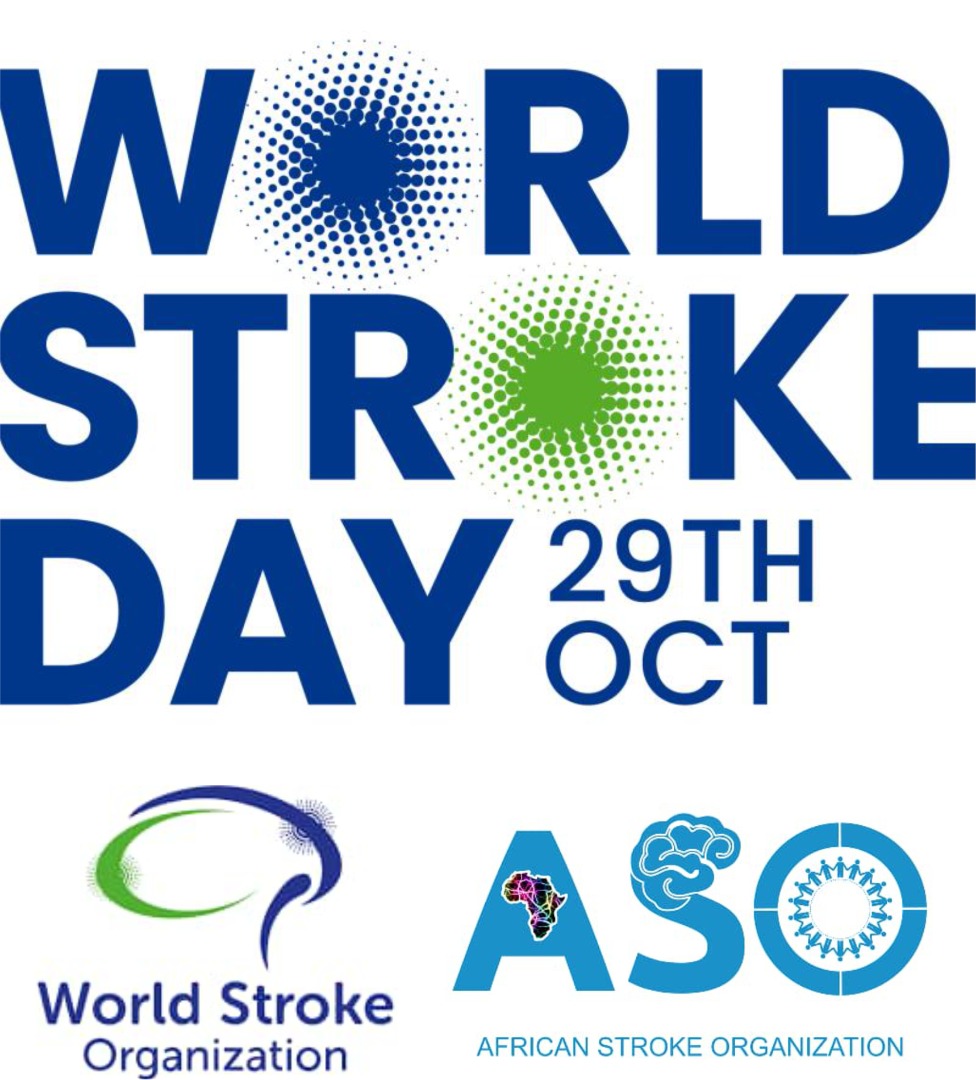 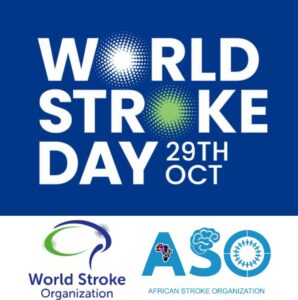 To all Media Houses

Stroke is the second leading cause of death worldwide, claiming upwards of six million lives per year and causing chronic disability in more than 50% of survivors (reference). The World Stroke Organization (WSO) estimates that one in four adults over the age of 25 will have a stroke in their lifetime (reference).Many of them will succumb to a disease that is both largely preventable and in many cases treatable, provided the symptoms are recognized quickly and treatment can be accessed on time.

This is the reason why the WSO declared stroke a public health emergency in 2010, and why its World Stroke Day campaign focuses on teaching people about the signs of stroke and the importance of taking swift action when a stroke occurs.

World Stroke Day is a global event that is held every year on 29 October. It is an opportunity to raise awareness of the serious nature and high rates of stroke, talk about prevention and treatment, and ensure better care and support for survivors .Since 2021 till date, 2022 the  #Precioustime campaign has highlighted awareness of stroke symptoms and the benefits of quick action immediately after a stroke occurs. Timely treatment saves lives and can vastly improve patient outcomes, leaving independence, quality of life and precious memories intact

When someone has a stroke, every second counts. A stroke occurs when the blood supply to the brain is disrupted, most frequently by a clot in an artery supplying blood to the brain, and sometimes by hemorrhage when a burst vessel causes blood to leak into the brain.

The longer the brain is deprived of blood and oxygen, the more severe the damage and the higher the likelihood of death or disability. Quick action to restore the blood supply to the brain is therefore vital to arrest the damage and prevent further loss of function.

Globally,  87% of all strokes are ischemic strokes but in Africa only 67% of all strokes are ischemic while the remaining 33% are haemorrhagic. Ischemic stroke occurs when a clot in one of the brain’s blood vessels reduces or prevents blood flow to the brain. Clot-dissolving drugs can restore the blood supply; but to be effective they must be administered in less than 4.5 hours after stroke onset. The sooner a stroke patient therefore reaches a stroke-ready hospital where they can access urgent treatment, the better their chances of surviving the event and leading a disability-free live. 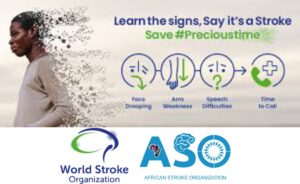 The symptoms of stroke appear suddenly, and often more than one symptom occurs at the same time. Unlike a heart attack, however, unless accompanied by severe headache, a stroke is generally painless, which is why too many patients ignore symptoms until it is too late.

The most common symptoms of stroke are sudden weaknesses or numbness in the face, arm or leg on one side of the body, and loss of speech or trouble speaking or understanding speech.

The tool to help people remember and recognize these symptoms is an important four-letter word. The FAST acronym was developed to help people detect stroke and respond to the needs of a person having a stroke. The acronym stands for Facial drooping, Arm weakness, Speech difficulties and Time to call emergency services. It is used with high accuracy in diagnosing strokes by paramedics, but by simply remembering the acronym and the number to dial in an emergency, anyone can save a loved one’s life 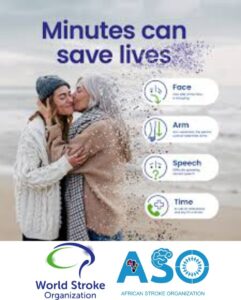 Who is at risk

Anyone is at risk of having a stroke, but the risk is higher among people over the age of 65 and those with a family history of stroke. High, uncontrolled blood pressure and blood sugar levels and atrial fibrillation (abnormal heart rhythm) are the biggest risk factors for having a stroke. You can reduce your risk by seeking medical treatment to control your blood pressure and undergoing screening and treatment for aFib.

Medical treatment and a healthy lifestyle can prevent up to 80% of strokes. Eating a healthy diet (particularly rich in green leafy vegetables), exercising regularly, and avoiding smoking and drinking too much alcohol will significantly reduce your stroke risk, and even small improvements in each of these can make a difference.

It’s never too soon to start your stroke-prevention strategy. Up to 15% of all strokes occur in adults younger than 50, but by quitting smoking, moving more, choosing healthy foods and keeping blood pressure under control, almost everyone can protect themselves from a potentially devastating event.

The Angels Initiative is a global healthcare project whose goals are to establish more stroke-treating hospitals around the world, and to raise the standard of stroke treatment worldwide. Founded in 2016, it grew within five years to become the biggest stroke community in the world, its future impact underwritten by Boehringer Ingelheim’s Sustainable Development framework. By 2021, 6,300 hospitals had registered with Angels worldwide, including 1,300 new stroke-ready hospitals the organization had established. An estimated 7,5 million patients had been treated in Angels hospitals, 1,879 of which had achieved the WSO-endorsed Angels Awards based on their quality of care.

The FAST Heroes campaign is an educational stroke awareness project of the Angels Initiative, which leverages children’s enthusiasm for learning and sharing to transfer knowledge about stroke to their parents and grandparents. Children enrolled in FAST Heroes at their school learn about the most common symptoms of stroke and the importance of calling an ambulance immediately if these symptoms appear. 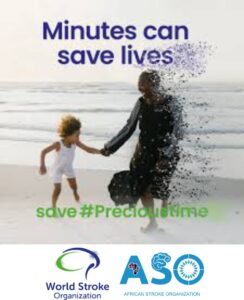